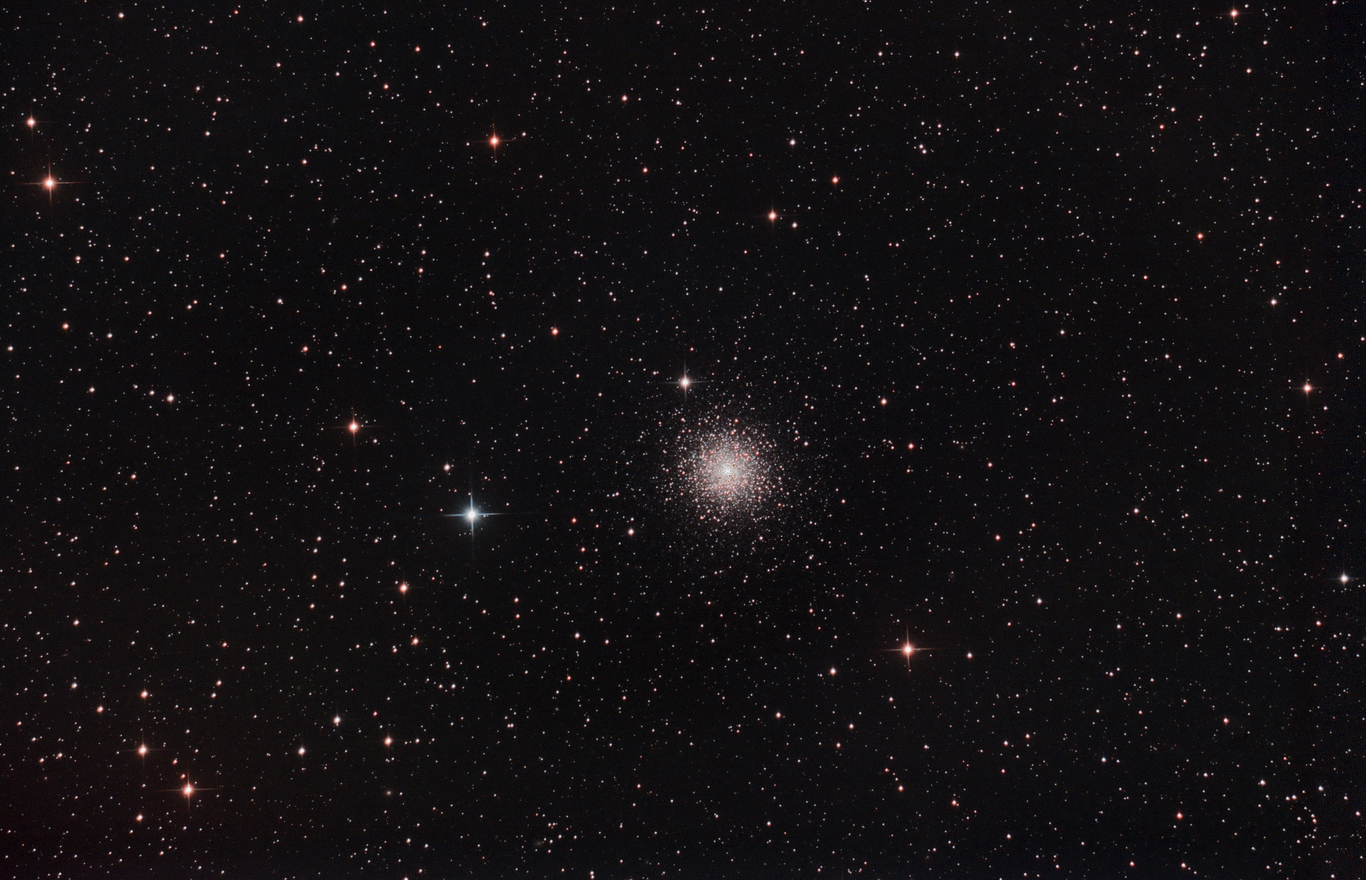 Target Details
Messier 15 is a globular cluster in the constellation Pegasus. At an estimated 12.0 billion years old, it is one of the oldest known globular clusters. M15 is about 33,600 light-years from Earth, and 175 light years in diameter. It has an absolute magnitude of -9.2, which translates to a total luminosity of 360,000 times that of the Sun.

Messier 15 is one of the most densely packed globulars known in the Milky Way galaxy. Its core has undergone a contraction known as 'core collapse' and it has a central density cusp with an enormous number of stars surrounding what may be a central black hole. Home to over 100,000 stars, the cluster is notable for containing a large number of variable stars (112) and pulsars (8), including one double neutron star system, M15 C.