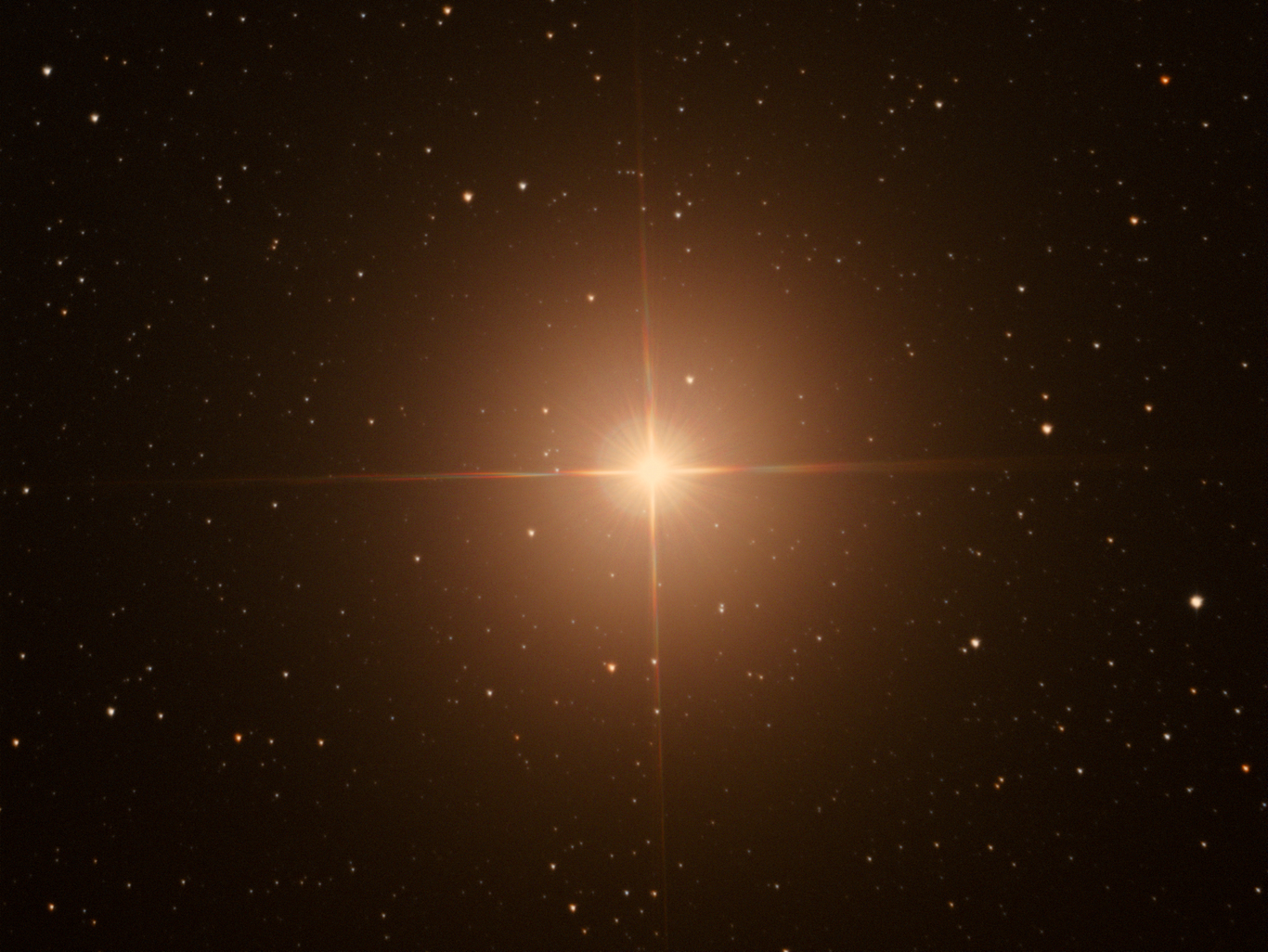 Classified as a red supergiant of spectral type M1-2, the star is one of the largest and most luminous stars visible to the naked eye. If Betelgeuse were at the center of the Solar System, its surface would extend past the asteroid belt, wholly engulfing the orbits of Mercury, Venus, Earth, Mars, and possibly Jupiter.

It is calculated to be 640 light-years away, yielding an absolute magnitude of about −6. Less than 10 million years old, Betelgeuse has evolved rapidly because of its high mass. Having been ejected from its birthplace in the Orion OB1 Association—which includes the stars in Orion's Belt—this runaway star has been observed moving through the interstellar medium at a speed of 30 km/s, creating a bow shock over four light-years wide. Currently in a late stage of stellar evolution, the supergiant is expected to explode as a supernova within the next million years.