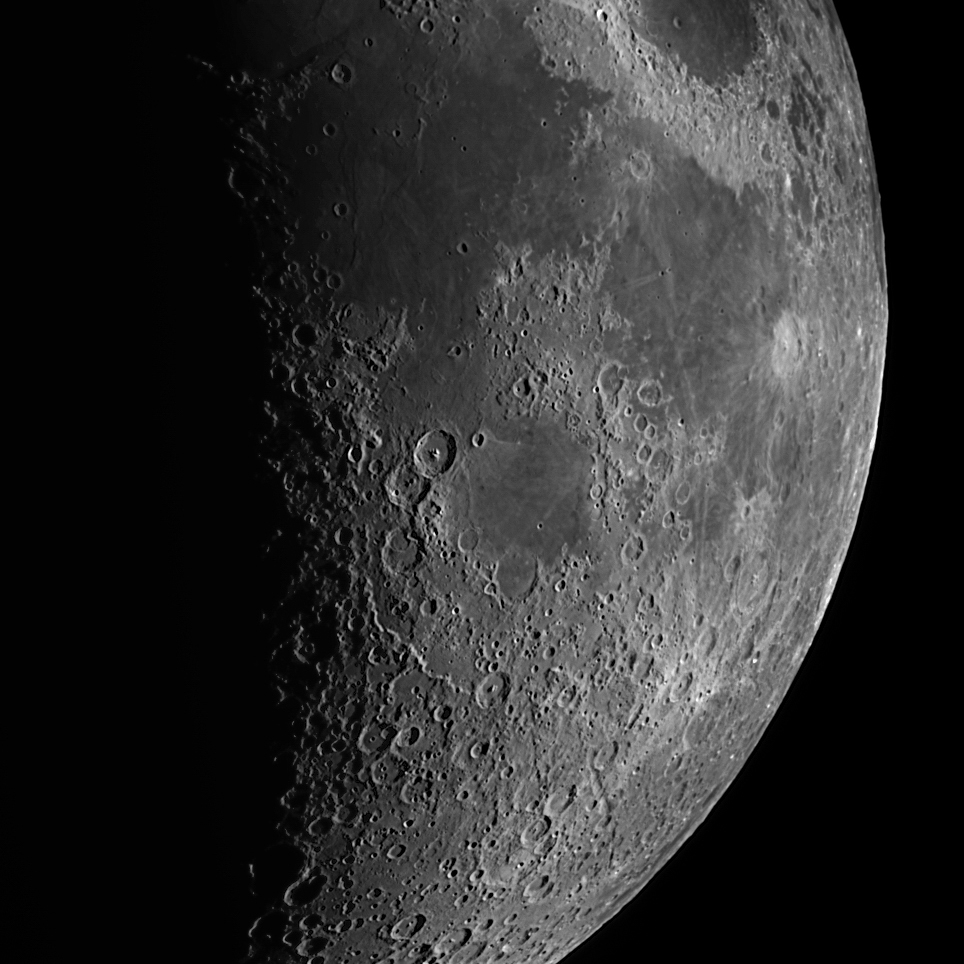 In the centre of this image are the craters Theophilus, Cyrillus & Catharina, they all have diamters of apprximately 60 miles. The are located along the edge of Mare Crisium.

Export as JPEG and import into Lightroom.
Multiple graduated filters to reduce exposure by 1 stop around outer disc to get even exposure across surface.
Increase Exposure (+0.50)
Reduce Blacks (-25)