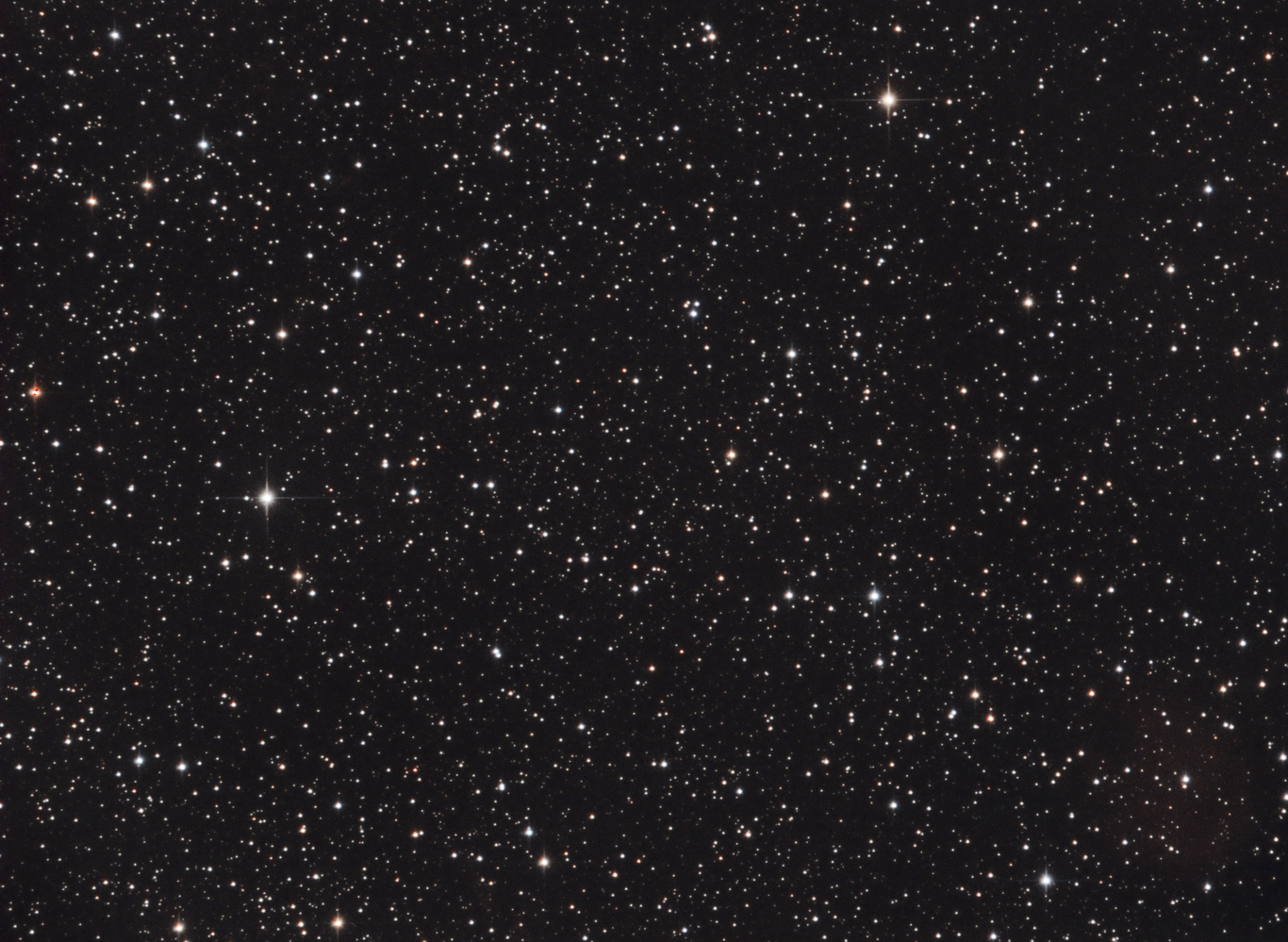 The link below is a closeup with the location of 1E 2259+586 marked, unfortunately it seems that my time capturing this target did not coincide with one of it's periods of activity emitting radiation in the visible spectrum.

General information on Magnetars
A magnetar is a type of neutron star believed to have an extremely powerful magnetic field. The magnetic field decay powers the emission of high-energy electromagnetic radiation, particularly X-rays and gamma rays. The theory regarding these objects was first proposed in 1992, but the first recorded burst of gamma rays thought to have been from a magnetar had been detected on March 5, 1979. During the following decade, the magnetar hypothesis became widely accepted as a likely explanation for soft gamma repeaters (SGRs) and anomalous X-ray pulsars (AXPs).

Like other neutron stars, magnetars are around 20 kilometres (12 miles) in diameter and have a mass 2–3 times that of the Sun. The density of the interior of a magnetar is such that a tablespoon of its substance would have a mass of over 100 million tons. Magnetars are differentiated from other neutron stars by having even stronger magnetic fields, and rotating comparatively quicker, with most neutron stars completing a rotation once every one to ten seconds, compared to less than one second for a magnetar.

This magnetic field gives rise to very strong and characteristic bursts of X-rays and gamma rays. The active life of a magnetar is short. Their strong magnetic fields decay after about 10,000 years, after which activity and strong X-ray emission cease. Given the number of magnetars observable today, one estimate puts the number of inactive magnetars in the Milky Way at 30 million or more.

It is uncommon for Magnetars, or Neutron stars, to emit electromagnetic radiation within the visible spectrum. One such example that does, '1E 2259+586', is listed to periodically emit light in the Oiii (blue-green) and H (red) spectrum.