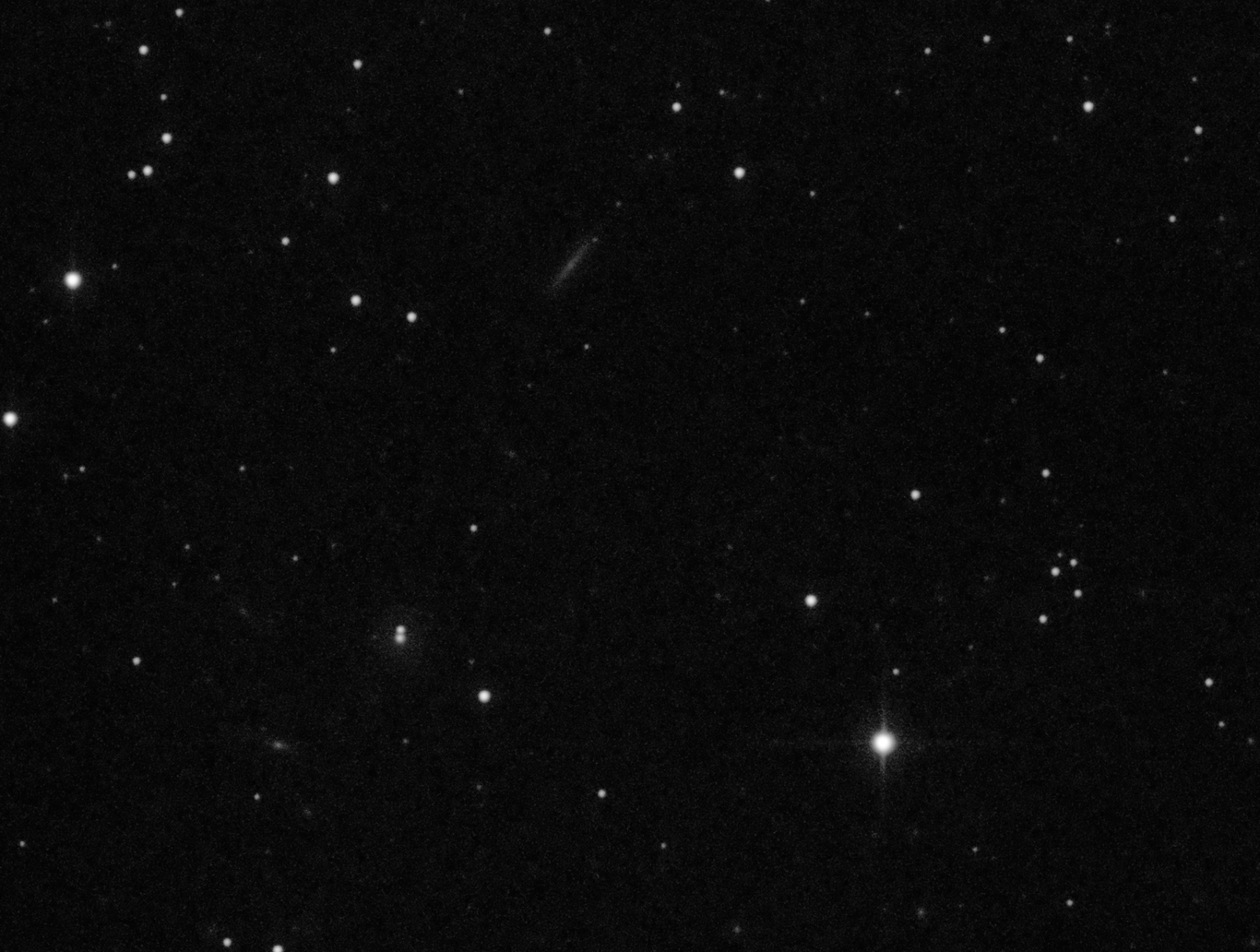 Target Details
A quasar (also known as a QSO or quasi-stellar object) is an extremely luminous active galactic nucleus (AGN). It has been theorized that most large galaxies contain a supermassive central black hole with mass ranging from millions to billions of times the mass of our Sun. In quasars and other types of AGN, the black hole is surrounded by a gaseous accretion disk. As gas falls toward the black hole, energy is released in the form of electromagnetic radiation, which can be observed across the electromagnetic spectrum. The power radiated by quasars is enormous: the most powerful quasars have luminosities thousands of times greater than a galaxy such as the Milky Way.

I did capture RGB data but it suffered very badly from light pollution so I chose to exclude it from the final image.