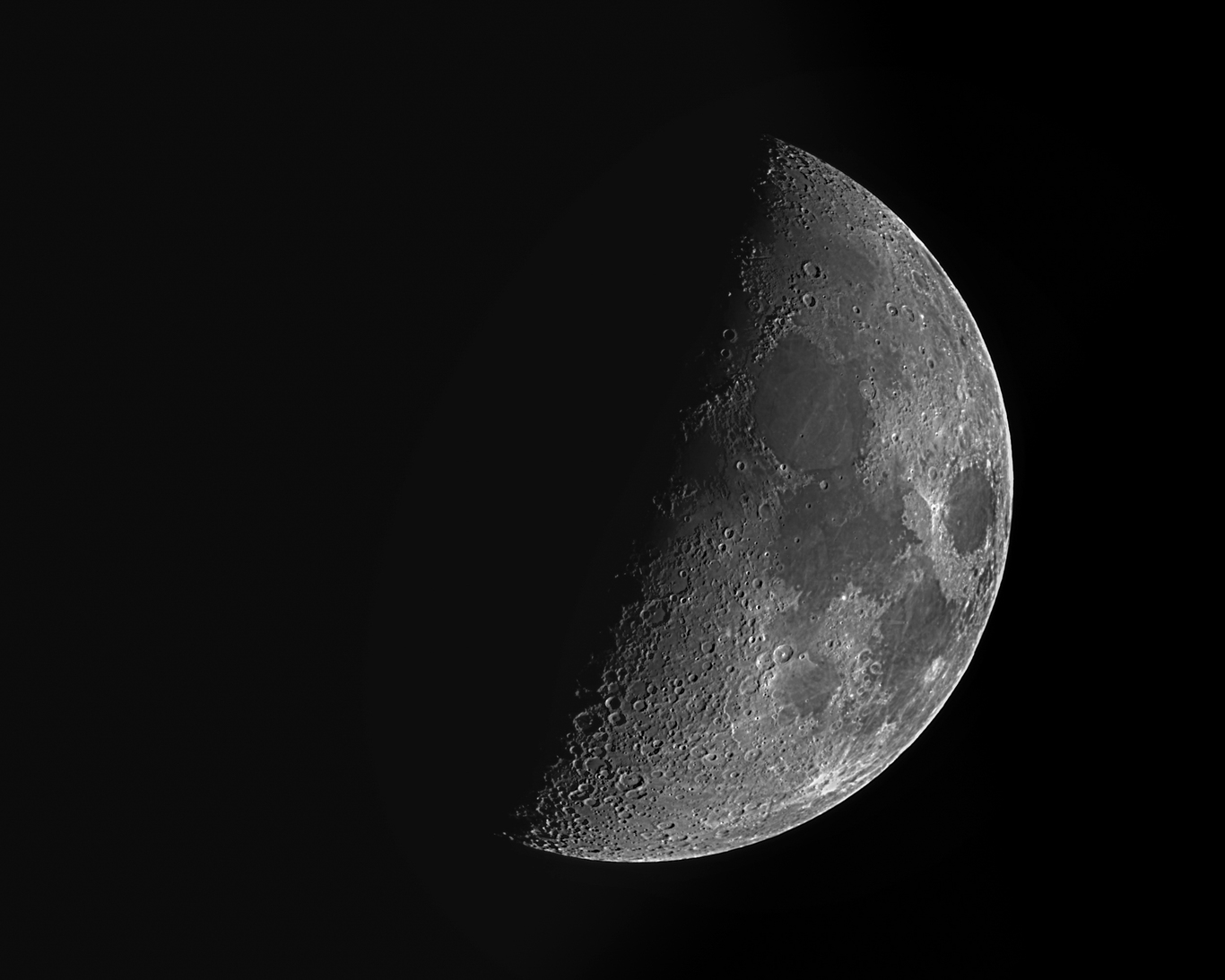 The image features a couple of well known transient features, the Lunar 'X' and Lunar 'V'. An annotated image can be found here.

Processing Details
This image was processed in Registax, Pixinsight & Lightroom.
Alignment & Stacking completed in Registax, best 70% of images, exported as 32bit FIT.
Stacked image imported into Lightroom.
Histogram Transformation - To stretch the image, it was a bit too bright.
Unsharpmask - To sharpen very slightly, with range mask to protect background.

Multiple graduated filters to reduce exposure by 1 stop around outer disc to get even exposure across surface.
Increase Exposure (+0.50)
Reduce Highlights (-15)
Reduce Blacks (-10)