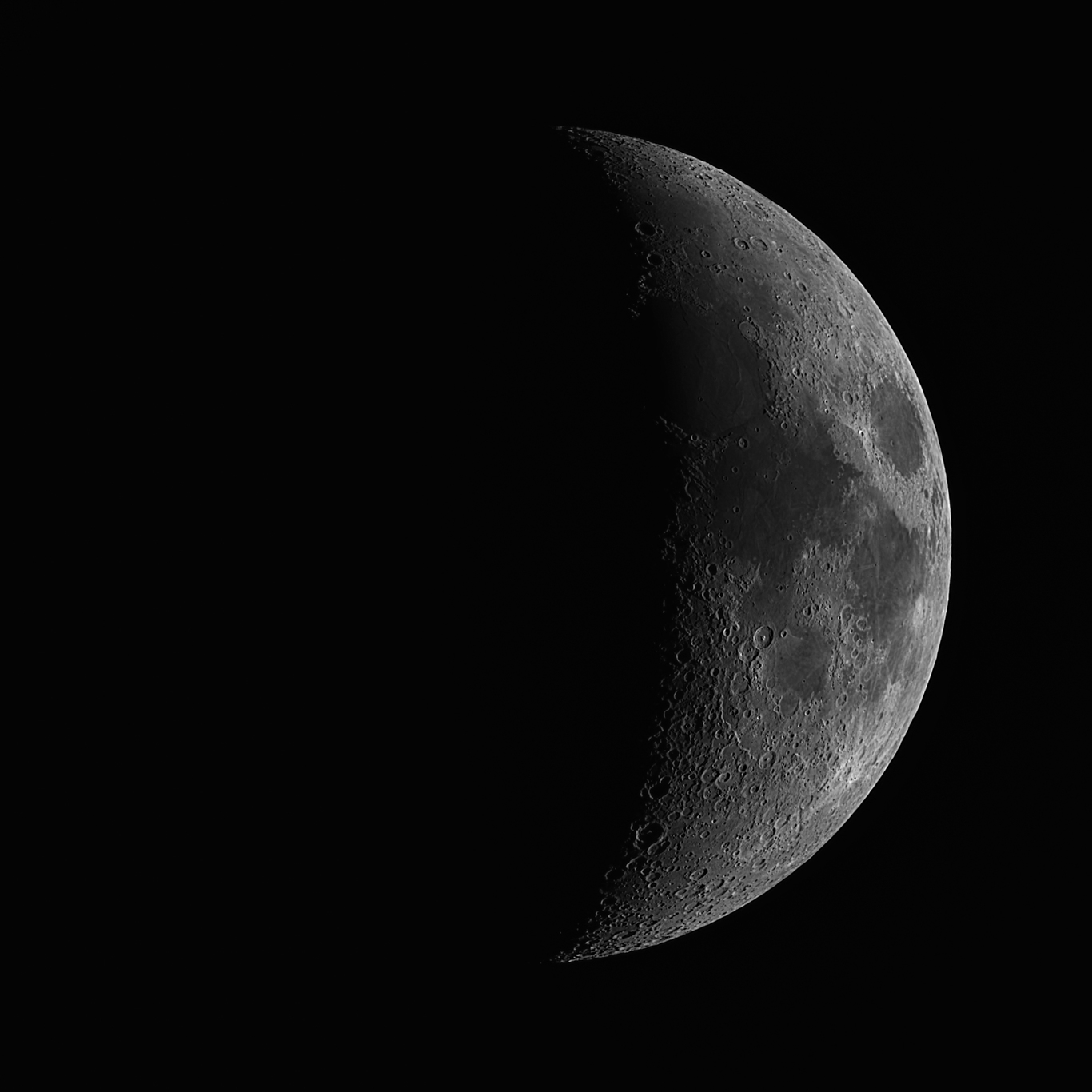 Target Details
The Moon is Earth's only satellite, it is one of the largest natural satellites in the Solar System. The average distance of the Moon from the Earth is around 240,000 miles, or just over one light-second.

Processing Details
This image was processed in Registax, Pixinsight & Lightroom.
Alignment & Stacking completed in Registax, best 30% of images, exported as 32bit FIT.
Stacked image imported into Lightroom.
Histogram Transformation - To stretch the image, it was a bit too bright.
Deconvolution - To sharpen, with range mask to protect background.
LocalHistogramTransformation - To add contrast, with range mask to protect background.