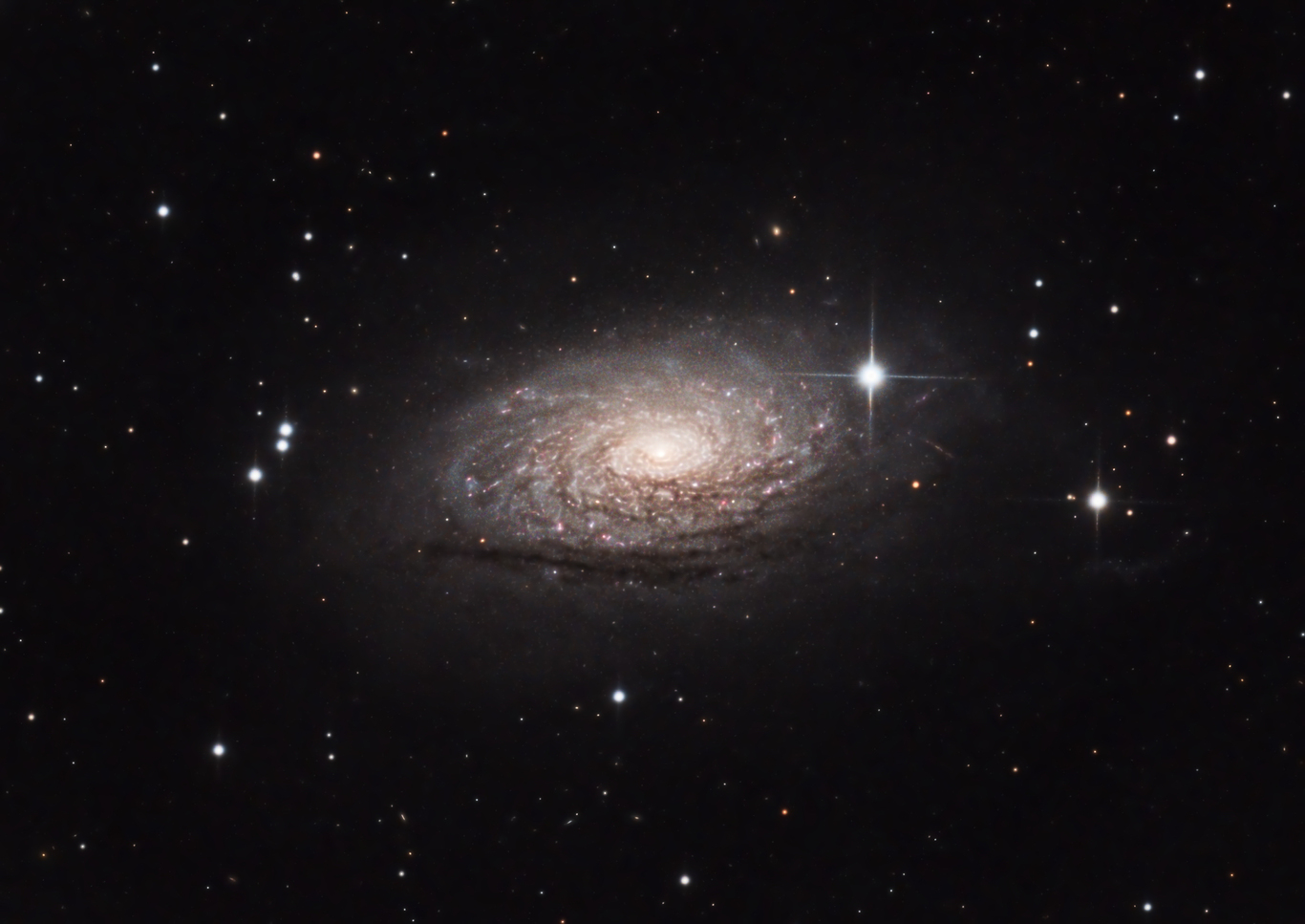 Target Details
Messier 63 or M63, also known as NGC 5055 or the seldom-used Sunflower Galaxy, is a spiral galaxy in the northern constellation of Canes Venatici. The galaxy became listed as object 63 in the Messier Catalogue. The distance to M63, based upon the luminosity-distance measurement is 29 million light-years.

The shape or morphology of this galaxy has a classification of SAbc, indicating a spiral form with no central bar feature (SA) and moderate to loosely wound arms (bc). There is a general lack of large scale continuous spiral structure in visible light, so it is considered a flocculent galaxy. However, when observed in the near infrared, a symmetric, two-arm structure is seen.