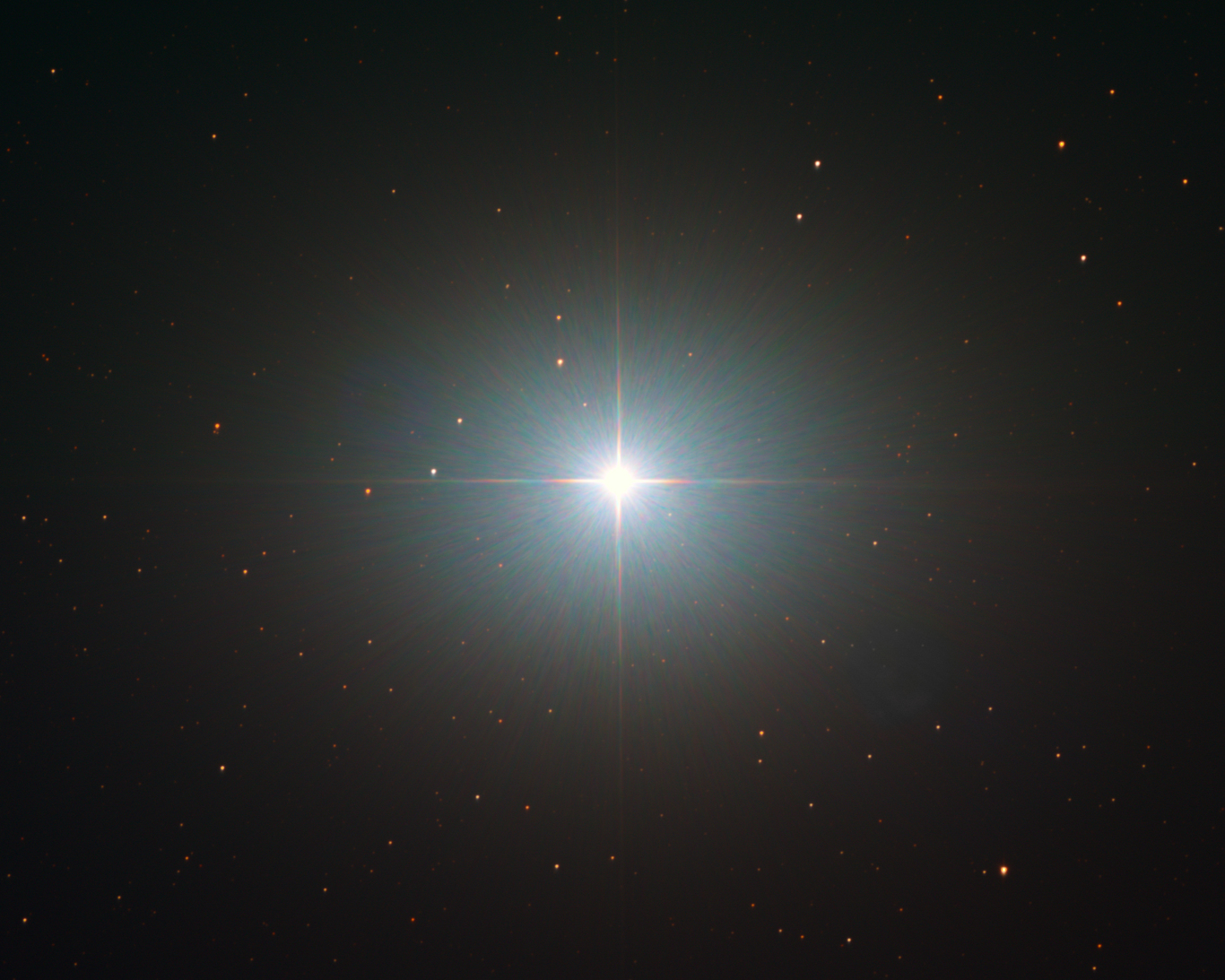 Target Details
Sirius is the brightest star in the night sky. Sirius is a binary star consisting of a main-sequence star, Sirius A, and a faint white dwarf companion, Sirius B. The distance between the two varies between 8.2 and 31.5 astronomical units as they orbit every 50 years.

Sirius appears bright because of its intrinsic luminosity and its proximity to the Solar System. At a distance of 2.64 parsecs (8.6 ly), the Sirius system is one of Earth's nearest neighbours. Sirius is gradually moving closer to the Solar System, so it will slightly increase in brightness over the next 60,000 years. After that time, its distance will begin to increase, and it will become fainter, but it will continue to be the brightest star in the Earth's night sky for the next 210,000 years.

Sirius A is about twice as massive as the Sun and has an absolute visual magnitude of +1.42. It is 25 times more luminous than the Sun, but has a significantly lower luminosity than other bright stars such as Canopus or Rigel. The system is between 200 and 300 million years old. It was originally composed of two bright bluish stars. The more massive of these, Sirius B, consumed its resources and became a red giant before shedding its outer layers and collapsing into its current state as a white dwarf around 120 million years ago.

Processing Details
This image was processed in Pixinsight & Lightroom.
Calibration and Stacking in Pixinsight.
Channel Combination - To create RGB image.
Histogram Transofrmation - To stretch the image.