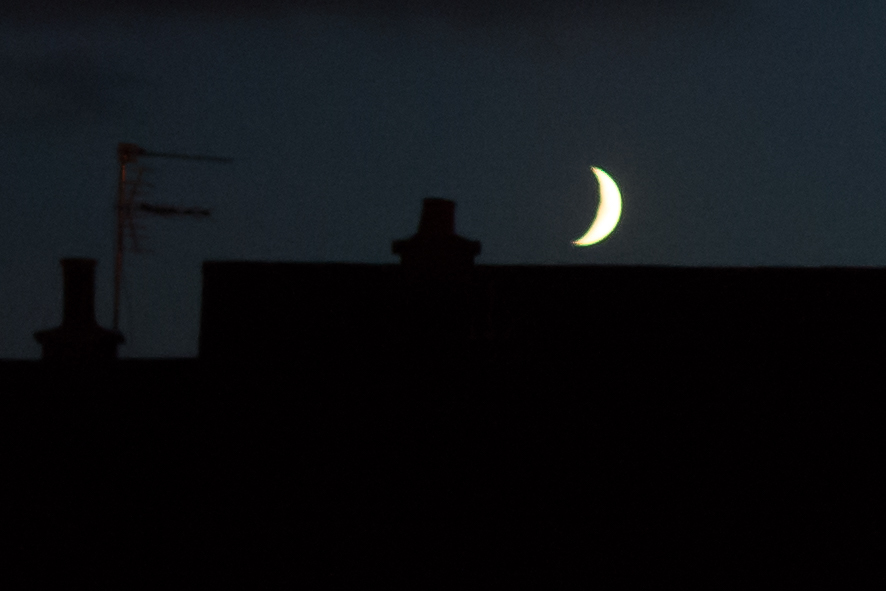 Capture Details
Data captured 6th August, 2016.
This photo was taken just as the summer sun was setting over the rooftops visible from my bedroom window. The clouds cleared for a few minutes so I had to be quick to get this using a 35mm lens at f/1.8, ISO 1600.