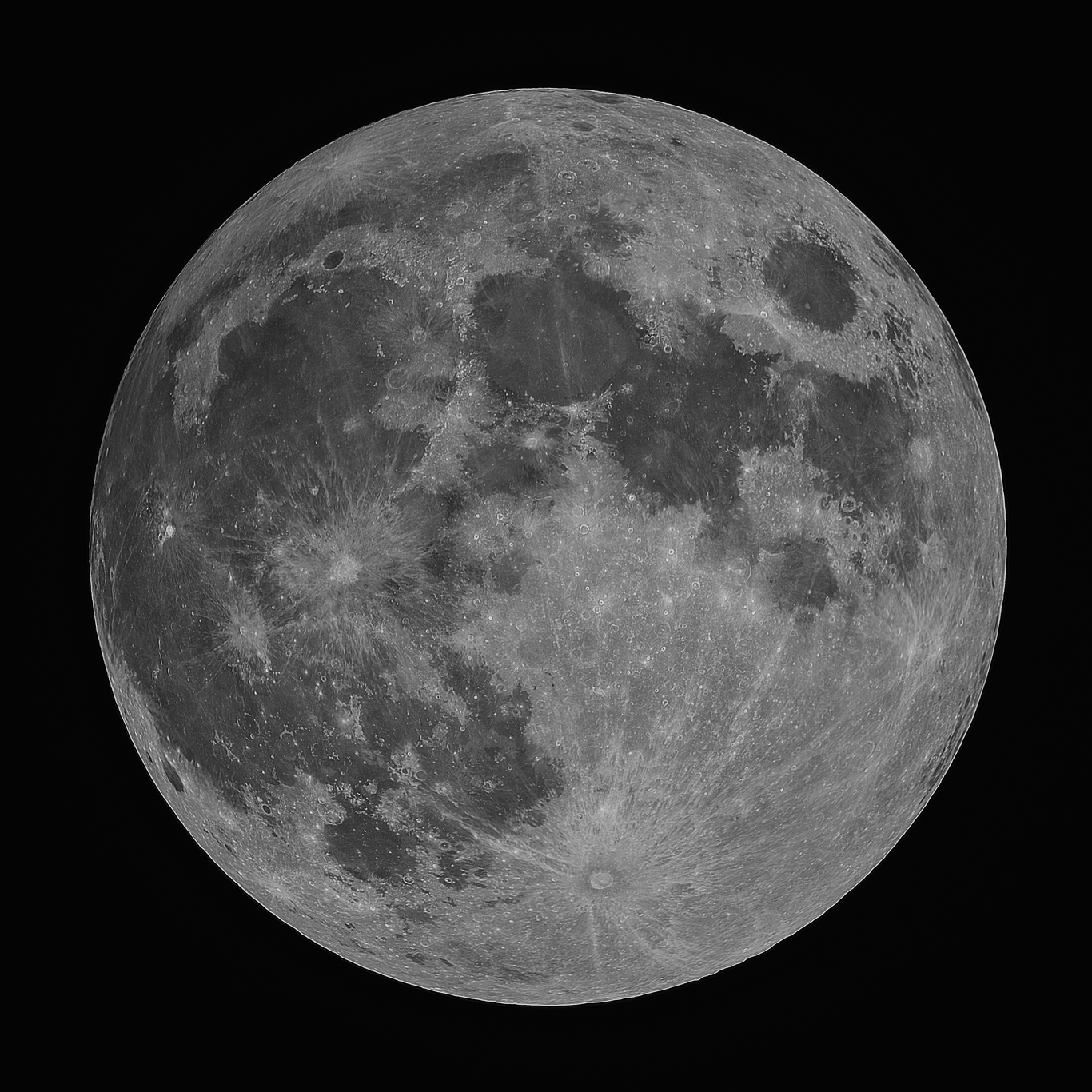 The Moon is in synchronous rotation with Earth, always showing the same face, with its near side marked by dark volcanic maria that fill the spaces between the bright ancient crustal highlands and the prominent impact craters. Notice in the image that the upper left side of the moon is slightly darker than the rest of the disc, this is the effect of the penumbrial eclipse.