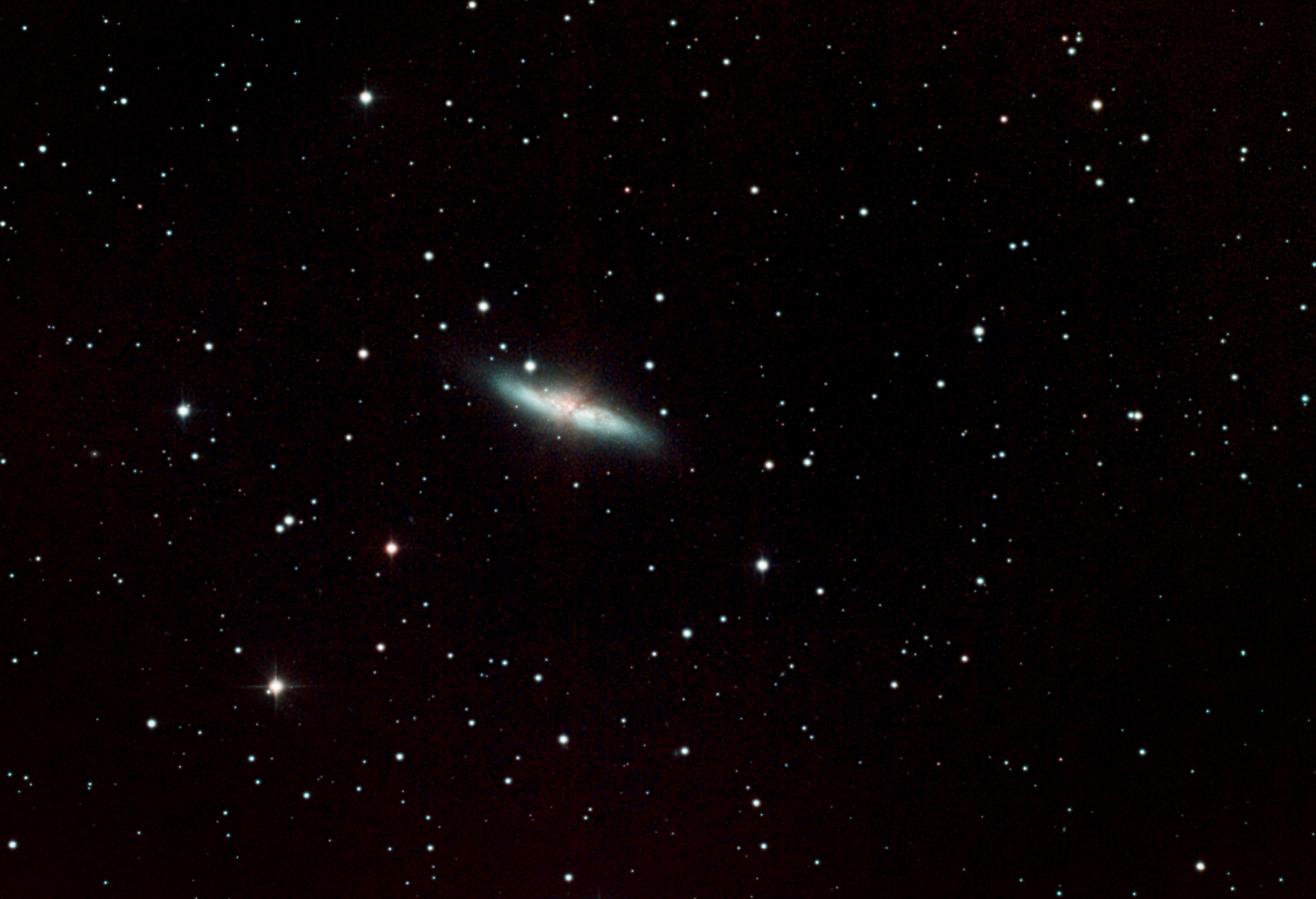 Target Details
The Cigar Galaxy (Messier 82) is a starburst galaxy about 12 million light-years away in the constellation Ursa Major. With a diameter of 37,000 light-years it is much smaller than the Milky Way, yet it is about five times more luminous than the whole Milky Way and has a center one hundred times more luminous than our galaxy's center.